As I sit on the remote Caribbean island of Nevis, I wonder why the state of my country is not living up to it’s potential.  Nevis is an island that was first colonized by the Spanish, then the French and later the British in the 1700’s.  It’s unique because the island is an inactive volcano, so it’s very mountainous, lushy green, and you can drive around the whole island in 30 minutes.  Although mostly everything is imported to the island due to it’s size and location on the map, the island is extremely wealthy and self sufficient in terms of agriculture.  Most people on the island own their own home, and it is a standard to have your own home by the time you move out of your parents house.  There is no homeless population and very little crime.  The small jail system they had was a “prison farm” where the criminals pay their dues by working the land deep in the mountains overlooking the ocean.  Not slave labor, but more like rehab. 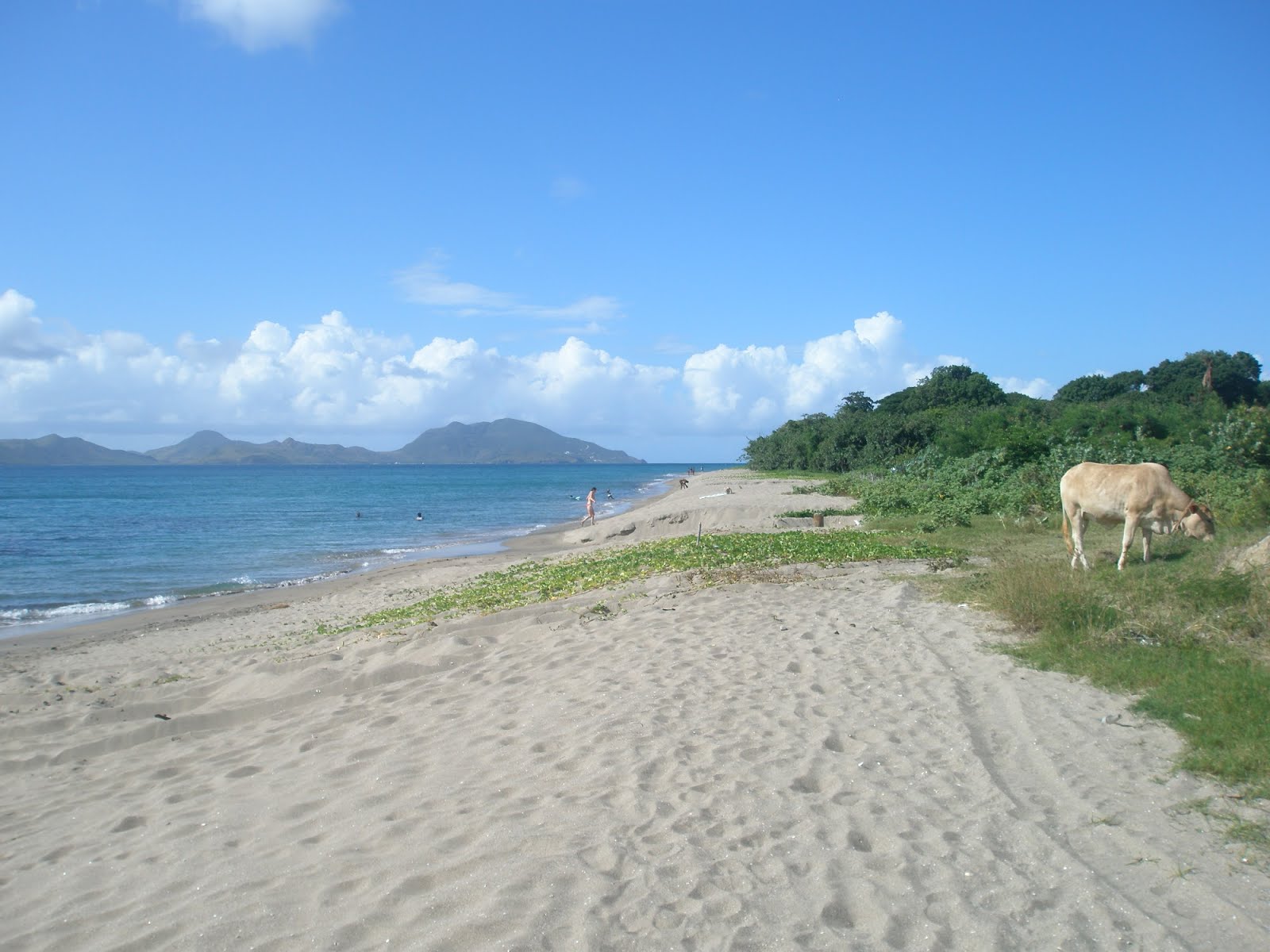 Nevis is nutrient rich; the land is fertile and the wildlife runs free.  It is nothing to see cows, sheep, goats, donkeys, and monkeys running free on the beaches or in the streets.  A true testament that animals and humans can live in harmony amongst each other.  I ate the sweetest fruit off of the land.  I have never tasted a sweeter banana in my life.  The homeowners use their land to grow everything from cassava, coconuts, mangoes, avocados, pomegranate, sweet potatoes, peas, collards, papaya, and fruits that I had never even heard of until I got there.  This country really and truly lives off of the land and maximizes its potential.  The locals have the opportunity to acquire an acre or more of land just because they are citizens.  Many of the houses are equipped with a sistren water system that enables them to capture rainwater and flow it through their pipes for washing or drinking water.  This greatly cuts costs on a water bill, and fully takes advantage of the earth’s gifts.  Unlike the United States, Nevis is just now advancing their green and renewable initiatives by using wind power, and soon they will be expanding to solar energy.  The island is so small that they currently have no recycling program, because there is no facility to process the reusables, and it would be too expensive to ship the used paper and plastics offshore.  Just the sheer smallness and simplicity of the island causes them to seem a bit dated, but there is so much beauty in the simplicity.  Sheerly capturing rainwater, growing your own seasonal organic food, and bartering with people on the land had me feeling that our advancements were futile.  It made me wonder why one of the wealthiest, most powerful nations in the world did not have this kind of economy.  Why are we fighting fracking laws and Monsanto greed to get quality, organic produce?  Why is Los Angeles so polluted, rampant with homelessness, and ultimately a breeding ground for illness?  I really feel like our American system is set up for us to fail.  The land and the wealth is divided amongst the lucky few that had access to generation old money.  Our food and water is wrecked with chemicals, and we have the nerve to have a water shortage in certain parts of the country.  Something went terribly wrong with the American dream.  Our government would never agree to divide up land for people that wanted to farm organic produce, let alone set up better water treatment systems that don’t put chlorine, ammonia, and arsenic in our drinking water.  Our healthcare system is pumping us with pills that have no healing power, and the costs to live have skyrocketed with taxes and fees.  In bigger cities like Los Angeles and New York, there are parking meters everywhere with maximum limitations to parking your vehicle on the street.  The land that we pay for, we cannot even park our cars without a fee.  Fighting to be healthy and wealthy in America has me looking for alternatives.  We are blessed with the right to move about freely and visit different countries and nations, so why not expand.  My testimony is not saying it is better on the other side of the world, but it is saying that we as Americans need to take a few steps back.  Genetically modified foods is a science experiment, it doesn’t belong in our diets.  Our air and our water are contaminated; let’s build systems to fix it.  The costs for electric and gas are unnecessary, the sun comes out every single day.  I don’t want to become an expatriate, but there needs to be a major shift where we take our country and our health back.

Popular posts from this blog

The Hill We Climb by Amanda Gorman

January 22, 2021
Mr. President, Dr. Biden, Madam Vice President, Mr. Emhoff, Americans and the world:  When day comes we ask ourselves, where can we find light in this never-ending shade? The loss we carry, a sea we must wade. We’ve braved the belly of the beast. We’ve learned that quiet isn’t always peace. In the norms and notions of what just is isn’t always justice. And yet, the dawn is ours before we knew it. Somehow, we do it. Somehow, we’ve weathered and witnessed a nation that isn’t broken, but simply unfinished. We, the successors of a country and a time where a skinny Black girl descended from slaves and raised by a single mother can dream of becoming president, only to find herself reciting for one. And yes, we are far from polished, far from pristine, but that doesn’t mean we are striving to form a union that is perfect. We are striving to forge our union with purpose, to compose a country committed to all cultures, colors, characters and conditions of man. And so, we lift our gazes not to w
Post a Comment
Read more

Sign the petition! The Alliance of Motion Picture and Television Producers: Tell AMPTP to Give Behind-the-Scenes Workers a Fair Deal

September 18, 2019
Women Under The Influence , a community celebrating trailblazing cinema directed by women is  hosting a new film festival:   WUTI goes IdyllW ILD   Sept 20-22  The weekend is packed with  groundbreaking classics , cutting edge new films, director conversations, expert panels, community, carousing, and so much more with KAREN O,  PENELOPE SPHEERIS,  KIMBERLY PEIRCE, DIANE WARREN,  EMMA ROBERTS,  JANICZA BRAVO,  BARBARA KOPPLE,  ALEX PRAGER,  VIVA, and  ALIA SHAWKAT to name but a few!  There will be free childcare on Saturday, WUTI is dog friendly and has ride share options! Excited about building the bonds between the women filmmakers in Los Angeles,  they would love to extend an invitation to the festival with a special discount code: If you get your ticket HERE add the discount code: directorsinthepines Idyllwild is 2.5 hrs from LA so grab a cabin and get  onboard!  Tabitha x TABITHA DENHOLM   WOMEN UNDER THE INFLUENCE @WOMENUN
Post a Comment
Read more